Method for the four-string bouzouki – Νο 2

Studying the second volume of the Method they proceed to the next stage of practice and theory, up to the subdivision of sixteenth notes. The skill exercises, the scales, the chords, the ornaments, the explanation texts for the technique and the twenty four songs included in a separate book, as an integral part of the study of the bouzouki, are some of the main elements of the teaching material of this issue.

The recordings of the contests included in the CDs, which accompany this book are also an important assistance for students.

The second issue is consisted of two books. The main book, which is the student’s book includes exercises and theory while the companion includes 24 Rembetika and folk songs. The companion includes 24 Rembetika  and Folk songs. Its context corresponds in terms of theory and practice to each chapter 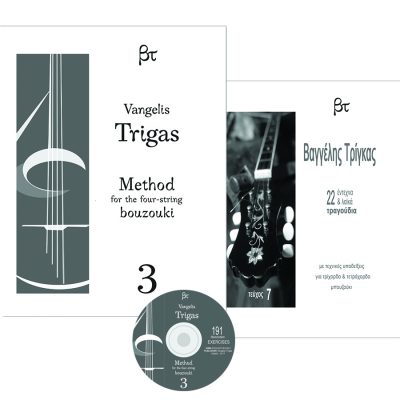 Method for the four-string bouzouki – No3

In the third issue of the Method the full course of study is completed. Basic chapters of bouzouki study that have started from the... 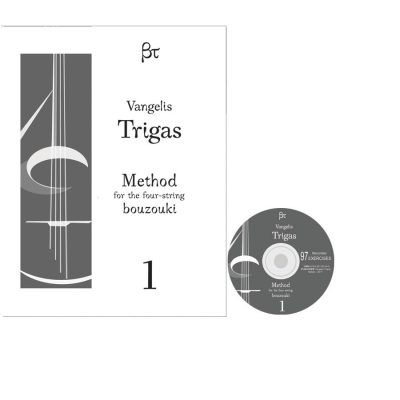 Method for the four-string bouzouki – Νο 1

The first issue of the Method is an introduction to the initial learning material of bouzouki both on a theoretical and practical level. Beginners...
Teaching Methods for 4-string bouzouki